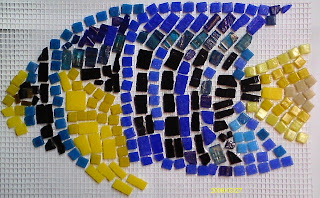 My melancholy somewhat continues for the old house. My head knows it was the best decision, but my heart still wonders what if............ I am hoping we will finally get plans for the new place stamped, sealed, and delivered again today.
We picked up the plans on Christmas eve, and looked at them over the weekend. I delivered them to the city on Monday December 28th in hopes of getting a permit in the new year. I got a call December 30th from the inspector telling me that the plans were not properly stamped. I called the surveyor, told him of the problem and drove to Fairhope to pick up and deliver the plans and hopefully get them taken care of by the structural engineer. I then went over to the property and moved a ton of concrete rubble in hopes of making the mud pit by the shop easier to drive on!
I had plans to meet with a new AC man (ours is retiring and has no license in Fairhope). Our meeting was at 10 am. He called me at 9:45 and told me he was caught up in traffic and might be a little late. I was impressed that he took the time to call and keep me informed of his arrival. He did not know I was working at the property and really had no where else to go! I like him a lot~I think he will be easy to work with as he took the time to come up with a creative solution to putting in the vents for the house. He then told me he would work up a price and fax it to me by tomorrow. I had the estimate by that afternoon!
I continued working on the concrete until the rain ran me off at about 12:30. Back to Mobile, to work on mural mosaic pieces for the new bathroom. I am quite pleased with how the mural work is progressing! The first time I did mural work, I did it with regular ceramic tile cracking it into buckets for hours while the kids were at dance and baseball. Time flies by and mural work is so much easier working on a flat surface and with beautiful Italian glass I have been hoarding for about 14 years after I bought it!
This post was supposed to be on the house blog! NOW I can't figure out how to switch it over!
Posted by Loran Chavez at 10:13 AM 1 comment: